Ronaldo or Bale for Manchester United?

Thiago Alcantara on his way to Manchester United

Manchester United Transfers: Under the Microscope 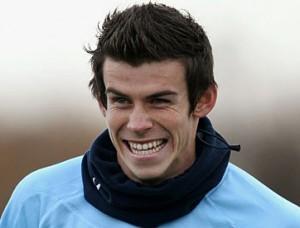 The heart should never rule the head in the world of football management. Whilst the return of the prodigal son may leave Old Trafford knee high in the slathering fluids of seventy-five thousand plus United fans salivating at the mere thought of CR7 returning home, is there a more practical, affordable and in the long-term beneficial use of the kind of fee such a transfer would demand?

I am of course referring to the latest star of Match of the Day fever, one Gareth Bale. Since lighting up the San Siro in 2011, Gareth Bale has been thrust upon the world stage as a player capable of intimidating the toughest of defences and single-handedly dragging his team to victory. You know the kind of trait I am talking about, it is the same irresistible intensity which made Cristiano Ronaldo one of the greatest, if not the greatest individual talent to pull off the famous red shirt. Of course, such a master-class that occurred when Tottenham met Inter Milan two seasons ago could not continue to shine week in and week out, but as of late, it appears that Gareth Bale is doing exactly that.

Aided by his last minute match-winning strike against West Ham on Monday, the ongoing plaudits seem to suggest that Gareth Bale may be ready to take his career to the next level. Despite being quick to point out that he was no hero and it was the team who were able to conquer the Hammers on their own turf, there is no denying that the Welsh winger was once again the man who stood out above his peers.

Ronaldo has always been a man to achieve the same feat. Even in a team of Madrid Galacticos, there is no doubt who remains the star of the show. But, with increasing doubt regarding his future happiness and the penning of a new contract, reports continue to circulate that Manchester United would not only be looking to manufacture a financial package capable of luring the Portuguese star back to what many consider to be his true home, but that he himself would be more than in favour of such a proposition.

With that said, would this be the kind of transfer we want? Well, yes, clearly it would. But would it be one with which the heart would very much rule the head? Despite the fact that he is currently operating at the peak of his talents and continues to average an almost unbelievable rate of more than a goal per game since arriving at the Bernabeu in 2009, there is no question that Ronaldo’s next contract would almost certainly be his last at the highest level of the game. When you throw into the debate the prospect that Real Madrid would apparently insist upon the signature of the critic conquering shot stopping abilities of David De Gea, suddenly Ronaldo’s return demands the removal of rose tinted glasses in favour of a more rationale viewpoint. 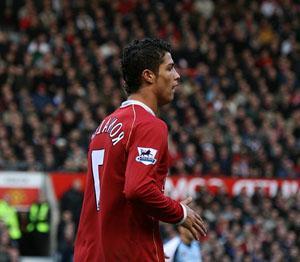 Some suggest that, due to his gradually depleting contract status and a change in the transfer market over the past few years, Manchester United would in fact be able to bring home their former star at a reduced fee in comparison to the £80 Million received just 4 years ago. With that said, it seems unlikely that a market featuring the fiscal power of PSG, Manchester City, Chelsea and Anzhi Makhachkala FC would allow this to take place, regardless of player power and any other hurdles you may wish to throw into the monetary mix.

In fact, when you start to look at potential value for money (admittedly , a somewhat relative term when considering the tens of millions we are debating), Gareth Bale would seem like a more astute signing; one which would create a new folklore hero, one which would replace Ryan Giggs with a heart-warming Welsh heritage and, above all else, one which could offer us a player only just hitting his stride in the greatness his career is sure to deliver to any club fortunate enough to lure him from the clutches of White Hart Lane.

John Hartson took to twitter earlier this week to suggest that Gareth Bale was worth a transfer sum of £75 million this summer, whilst other football legends have placed the value of his abilities in a similar bracket. As Michael Owen has suggested, the Tottenham Hotspur all-rounder should not, at this time, be considered in the same category of talent as Ronaldo and Messi. But, with the undoubted potential to reach that level over the coming seasons, he could be the hottest prospect, or realistically obtainable prospect operating in world football today.

So, I hand it over to you; is the idea of Ronaldo’s return a dream come true, or would you pass up on the possibility in favour of allowing Sir Alex to produce yet another Old Trafford legend? As always, we await your insightful comments, below.

About the Author: Mark James attended his first Manchester United game in the mid 80s. He has been a regular visitor to Old Trafford for more than two decades and has developed a passion for sports writing since leaving University with an Honours Degree in Media Studies. As a dedicated writer, Mark has been published in UN sponsored business magazines on behalf of International Tourist Boards, dramatically boosted the online present of e-commerce companies around the world and continues to share his love of Manchester United with blogging communities across the internet. Available via a number of freelancer hire sites, Mark can be contacted through his leading online profile available here.
Previous Can Ferguson finish off his legacy with a Champions League win?
Next Rooney on his way out of Old Trafford?